Tager Stonor Richardson were very excited to undertake infrared reflectography for English Heritage’s recent conservation treatment of the Madonna of the Pomegranate. Infrared examination revealed changes to the final composition which would not be expected in a copy and this, along with microscopic examination and x-radiography, helped to attribute the painting to Botticelli’s workshop.

The newly restored Madonna of the Pomegranate will be on display at Ranger’s House in Greenwich from 1st April 2019.

TSR were pleased to contribute to the understanding of how Tosini made his monumental Mannerist masterpiece, Cleopatra, for the London Old Masters Evening Sale, 4th July 2018. The reflectogram revealed a highly complex underdrawing with dense, liquid hatching – probably done in an ink – used to ‘sculpt’ the forms.

See Chloe Stead’s blog for a discussion of how Sotheby’s use technical imaging techniques to inform their cataloguing. 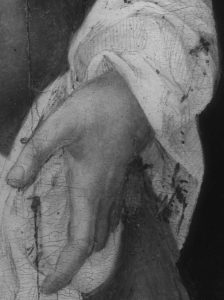 TSR infrared detail of the hand from ‘Cleopatra’ by Michele Tosini, Image Courtesy of Sotheby’s 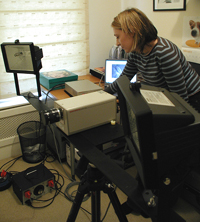 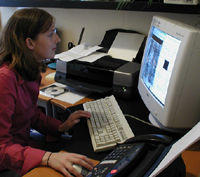 TSR opened for business in July 2002 and we thought we would bring you a few throwback photos from our first website to reminisce about those days and celebrate 15 years of mobile infrared imaging! Of course we have hardly changed, as you can see…

Back then we were using a Hamamatsu vidicon camera and vips/nip software to painstakingly stitch the images together. It was a tricky process and it might explain a few of my grey hairs. As you can see our office still had a fax machine, and flat screen monitors had yet to be introduced. Thankfully now we can work on laptops with the fantastic OSIRIS camera and we have slightly fewer heavy bags to carry onto site.

We’re excited to see what the next 15 years will bring, and are grateful to all our clients for supporting us on our way.

TSR were very pleased to have one of their reflectograms included in the current Royal Collection exhibition, which offers new insight into the ‘world’s finest group of paintings, drawings and prints by Venice’s most famous view-painter, Canaletto’. The exhibition runs from the 19th May to the 12th November 2017 and is accompanied by an excellent scholarly catalogue by Lucy Whitaker and Rosie Razall. The catalogue also includes infrared reflectograms taken by TSR that help shed light on the artist’s working methods and reveal the otherwise hidden techniques of his drawings.

TSR were excited to undertake infrared reflectography on a group of Russian paintings for the 6th June 2017 sale of Russian Pictures at Sotheby’s. 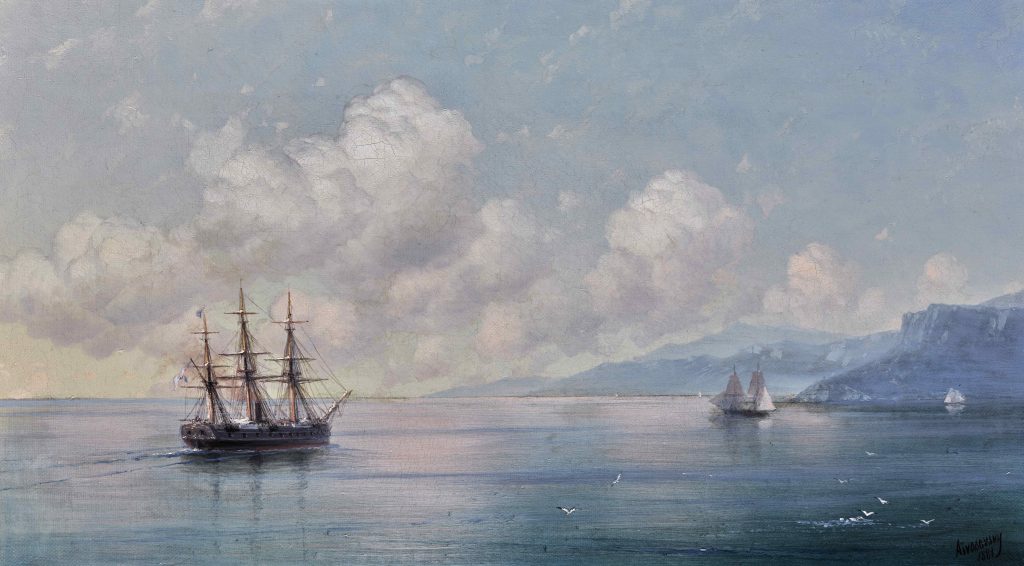 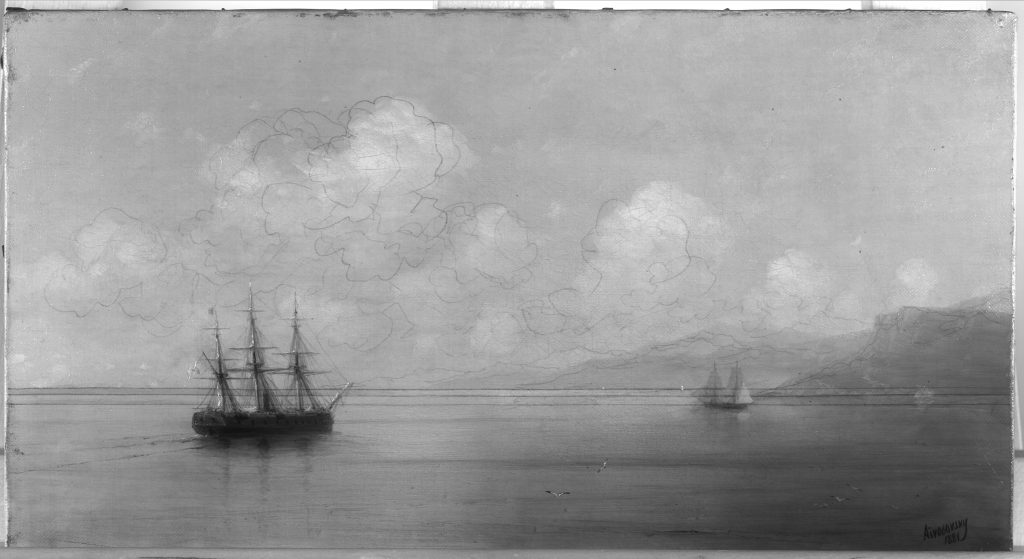 This group of Nineteenth Century pictures proved particularly fruitful in infrared showing distinctive underdrawing techniques as well as some surprising pentimenti; some of which are discussed in Charlotte Larkin’s blog: The Infrared Technology Revealing the Hidden Secrets of Paintings. 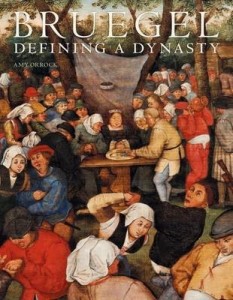 A book to accompany the exhibition Bruegel: Defining a Dynasty, which includes reflectograms by TSR, is written by Dr. Amy Orrock and published by Philip Wilson, and is now available to purchase.

Links in the Press

Building on the huge body of research undertaken for the Making Art in Tudor Britain project, the NPG mounted a ground-breaking exhibition which used technical analysis to explore the representation of the five kings and queens of the Tudor dynasty. The Real Tudors re-examined Royal Tudor portraiture attempting to see these portraits in a new light, as they would have been viewed in their own time, by using the latest tools of scientific investigation to better understand the development of these iconic images. For example, the two portraits of the young Edward VI are both echo Holbein’s Whitehall prototype of Henry VIII (Edward’s father) and depict the boy standing with his feet wide apart. Infrared reflectography of the 1547 portrait of the boy king clearly shows that the feet were initially set even further apart before the artist realised that this would appear a little to exaggerated for a nine year old boy.