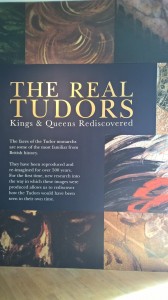 Building on the huge body of research undertaken for the Making Art in Tudor Britain project, the NPG mounted a ground-breaking exhibition which used technical analysis to explore the representation of the five kings and queens of the Tudor dynasty. The Real Tudors re-examined Royal Tudor portraiture attempting to see these portraits in a new light, as they would have been viewed in their own time, by using the latest tools of scientific investigation to better understand the development of these iconic images. For example, the two portraits of the young Edward VI are both echo Holbein’s Whitehall prototype of Henry VIII (Edward’s father) and depict the boy standing with his feet wide apart. Infrared reflectography of the 1547 portrait of the boy king clearly shows that the feet were initially set even further apart before the artist realised that this would appear a little to exaggerated for a nine year old boy.

Posted on Tue 03 Jul, 2018
TSR’s Infrared Reflectography Helps to ‘Discover the Secret Techniques of an Old Master’ at Sotheby’s